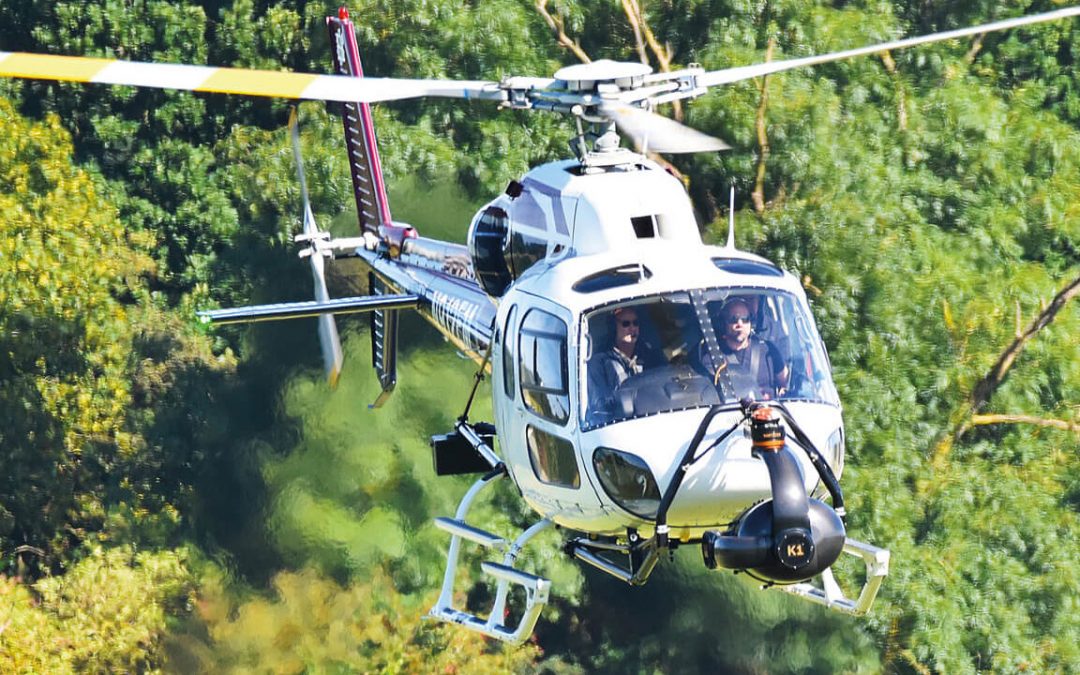 GB Helicopters  have recently taken delivery of the Shotover K1 including interchangeable frontal architecture, to allow quick changes from a single payload to the three-payload Hammerhead array; a superior level of sophistication for enhanced motion pictures. Offering aerial creative’s an unrivalled level of stability, control and versatility.

The Hammerhead architectural adaptation to the K1, is design to house three top-of-the-line DSMC2 Montro 8K VV sensors from Camera giants Red. This tri-payload adaptation has been specifically developed and designed to improve Motion Pictures Visual Effects by providing the ability to synchronise the three 8K sensors in one flight. (Previously done by multiple fly overs and a vast amount of time consuming postproduction to try to create the same angle, lighting and other variables)

The company also own and operate a number of high spec camera systems including the GSS C516, Shotover F1 and Cineflex through to Freefly Alta 8 and the DJI Inspire 2 Drones. With the aim to always provide the most innovative solutions to date and have a feature film, TV and commercial credit list for some of the world’s most recognised productions.

GB Helicopters are industry leading specialists in aerial filming. Having teamed with Spirit In The Sky, the companies can provide a one-stop shop for all aerial filming and aviation requirements worldwide. This includes supplying aerial camera systems, helicopters, jets and vintage aircraft through to stunts, pilots and operational support.